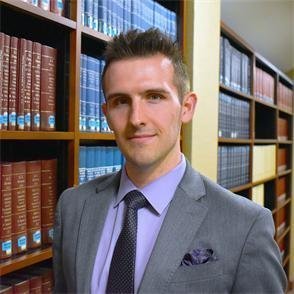 Holds the rank of 4th-degree black belt, and started with Sensei Stone in the Junior Program. Brian teaches while attending law school in Massachusetts.

Brian Edmonds began his study of Uechi-Ryu Karate under the instruction of Mr. Stone in 1998. Currently holding the rank of Yon-Dan (4th degree Black Belt), Brian has spent many years performing on stage in both musical and dramatic productions. In 2016, Brian graduated summa cum laude from the University of Massachusetts Boston with a Bachelor’s Degree in Political Science.  Beginning in August 2017, Brian will be pursuing his law degree at New England School of Law in Boston Massachusetts while continuing to teach at the Academy. He hopes to use teaching at NSKA to help others the same way that Mr. Stone has always helped him.